Microsoft has begun to peel back the layers of Halo Infinite today with a reveal trailer during the Xbox Games Showcase and a deep dive into the gameplay of the new installment in the 19-year-old sci-fi shooter series that stars the supersoldier Master Chief. This preview showed the Spartan warrior fighting against The Banished faction and its huge Brute fighters in an open world — with a grappling hook.

Halo Infinite will probably be one of the top games that could help Microsoft sell the Xbox Series X video game console. But Microsoft has also said such games will likely be available on the current console, the Xbox One, and the Windows PC as well. In that sense, players won’t be forced to buy a new console just to play Halo Infinite.

Among the leaks: Halo Infinite’s box art revealed Master Chief is getting a grappling hook, which should give him a lot more mobility on the battlefield. And yes, this leak proved accurate, as the first gameplay demo showed the chief making use of the grappling hook to move to higher ground. He also used the hook to zip right to an Elite and take it out with a punch to the face.

There is a lot of pent-up demand for Halo Infinite, as this is the first new core game the series has received in five years. Back in 2015, Microsoft said that Halo had generated $4.6 billion in revenue and sold 65 million copies. But players who haven’t revisited the franchise during that time may have forgotten that Halo 5: Guardians had a convoluted story, as you might expect when a series hits its fifth installment and the storytellers are hard-pressed to come up with something original. The headline of Halo 5 was that Master Chief, the hero of the series who had saved humanity many times over, had become a traitor. It ended with a cliffhanger. 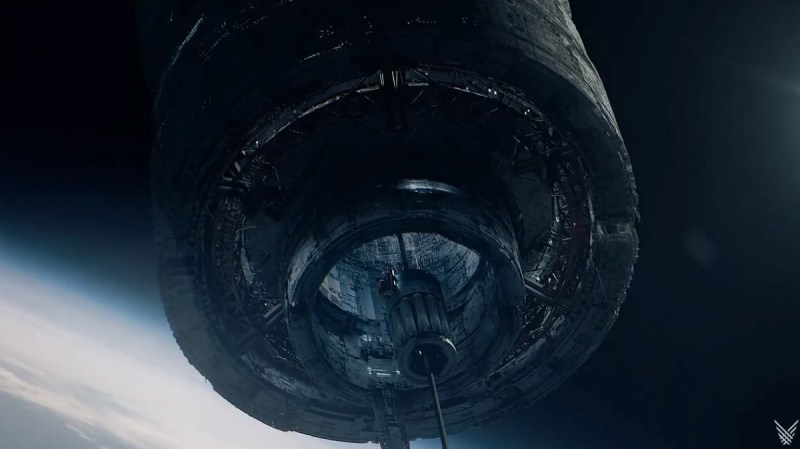 There were, of course, many fans who didn’t care about that storyline in the single-player campaign because all they cared about was multiplayer. Halo 5 had a co-op-enabled single-player campaign and a 12v12 multiplayer mode dubbed Warzone with lots of additional cannon fodder. The multiplayer-only fans have been itching for something new to play as well, and they could care less what the new story is going to be about.

Microsoft acquired Bungie, the original developer of Halo, in 2000 as it was preparing the 2001 launch of the original Xbox game console. The game was a huge hit and helped Microsoft snag the No. 2 spot in the game console business. Bungie spun out of Microsoft in 2007 and went its own way with the Destiny franchise. But Microsoft kept part of the team, dubbed 343 Industries, and continued to make more games in the Halo series.

While Halo 5 debuted in 2015, 343 Industries also published Halo: The Master Chief Collection on the PC in 2019 (and on the Xbox One in 2014). Counting all of the spinoffs, mobile games, arcade games, and remakes, Halo Infinite is the 16th Halo game.

In a tease on June 24, Microsoft released a clip with an audio log that reveals the return of The Banished, an enemy faction that broke off from the main rival group, The Covenant. The Banished were the main enemies in Halo Wars 2. Cortana, the AI companion of Master Chief, died in Halo 4 and was resurrected in corrupted form in Halo 5. She is reportedly back in Halo Infinite as well.

343 Industries built a new Slipspace Engine for the game, a reference to the technical innovation that made faster-than-light space travel possible in the Halo universe. That means we should see much better graphics for the latest PC and Xbox Series X versions of the game, with real-time ray tracing for realistic lighting and shadows. 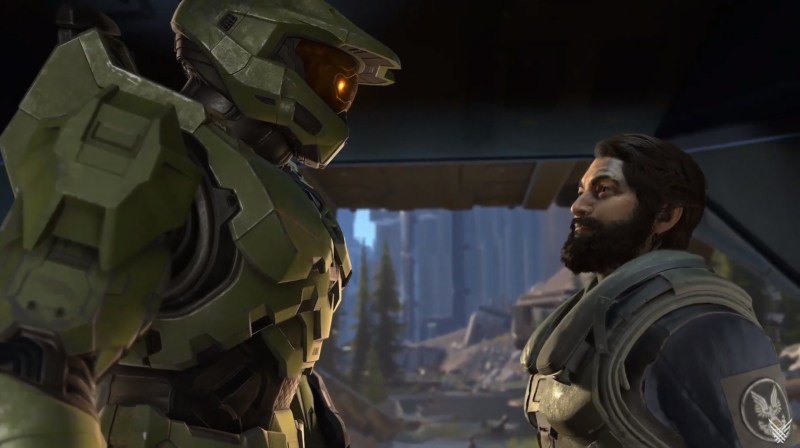 The first gameplay revelation trailer started with Master Chief’s suit being crafted. Master Chief says, “There won’t be a home if we don’t stop the Banished.”

The chief teams up with a man with a beard on a new homeworld, where they fight The Banished. They crash-land and immediately hop into a Warthog vehicle. They check out an area map of a large region, drive by some places occupied by the Covenant forces, and immediately take them on. Master Chief makes short work of them. Clearly, this is some kind of open world map.

Then some Brutes drop into the scene. Master Chief makes use of a wide variety of weapons during the demo, and he hides behind a shield. He uses familiar weapons and seizes some high-powered gear from the enemies, including a familiar grenade launcher used by the Brutes. Master Chief’s movement is fast, and he seems more nimble in combat. The enemies barely have time to react as he moves around to flank them.

The world itself looks beautiful with real-time ray tracing graphics. You can see great shadows and lighting. The sky looks beautiful, as does the flowing grass and the water. There’s ambient life with birds flocking. The music pounds away with a heavy drumbeat during combat. As the camera pulls out, you can see the planet that you are on has some kind of Halo ring. You can see that it has been damaged, with a whole section of it broken.

The user interface is different, as you see some gold polygons on the outer edges when Master Chief gets hit with fire. The chief’s shotgun is quite powerful. When the chief reaches his goal, he finds The Banished leader saying via transmission that he is one step ahead of the Spartan warrior and it’s time for the final legendary battle. He says humanity’s fleet has been defeated and “the ring is already under our control.” He adds, “This is my last fight, a true test of legends. Set a fire in your heart, Spartan. Bear your fangs. Fight on. Die well.”