Game studio Donut Lab has raised $1.6 million to finish making its Kids vs Zombies multiplayer shooter mobile game. The game is an example of taking something potentially violent and serious and transforming it with cartoon art so that it’s suitable for young folks to play.

It’s the same kind of Looney Tunes strategy that Mediatronic used to create its enormously popular Fall Guys: Ultimate Knockout game, which is a family-friendly twist on the popular battle royale genre. Fall Guys has had more than 7 million downloads since its launch this summer.

Kids vs Zombies pits children armed with silly weapons against a horde of zombies. The kids can fight against the zombies as a group, in a player-vs.-environment battle. But the players can also turn on each other and fight in player-vs.-player combat. Despite the name, the game is targeted at adults, albeit those who are young at heart, Donut Lab cofounder Tim Raiter said in an interview with GamesBeat.

“It’s for those who want to feel like kids again,” Raiter said. “The kids don’t kill each other. They kill the zombies. But it’s really about players fighting against boredom.”

Level-Up of Luxembourg led the round. Level-Up focuses on investments in games, its cofounder Thibaud Morin said in an interview with VentureBeat. “We went with them because they understood games,” Raiter said.

The free-to-play game is in early access in Google Play, and it will eventually make its way to iOS as well. Eventually, players will be able to buy outfits that can give characters new capabilities.

“For the mainstream audience, we really wanted to make the game without a lot of violence,” Raiter said. “They are fighting against mediocrity, boredom, and the adults who become the zombies.” 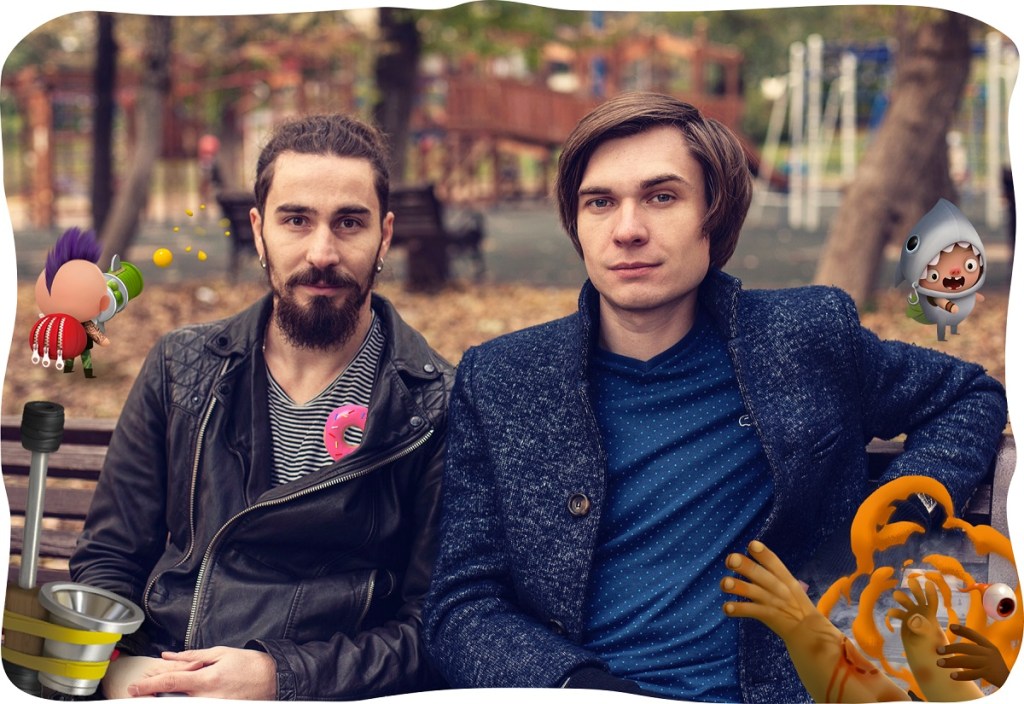 Above: Tim Raiter (left) and Vitaliy Urban of Donut Lab.

Raiter started the company, along with Vitaliy Urban and Andrey “Gordei” Gordeev, in 2018. They met each other on vacation in Bali, where Gordeev taught them yoga. Raiter, who also worked at fashion startup Suit Up, is based in Los Angeles, while the rest of the team of about 20 people is in St. Petersburg.

Raiter was previously a lead designer at financial services company Brex, and he and Urban also founded Hello Baby, a hub for baby goods that has had about 3 million downloads. Gordeev, who serves as Donut Lab’s CEO, is a well-known commercial illustrator who made the Green Riding Hood game. They raised money from Wargaming, Braavo Ventures, and Starta Ventures to get the company off the ground.

The game is pretty light-hearted for a shooter. The guns fire candy or popcorn, and they can’t kill other players. They can kill zombies, which are a metaphor for mediocrity and boredom, which is how adults look to kids, Raiter said.

So players are fighting against a gray boredom in the world. If you want to turn on other players and attack them, you can trap them and have zombies close in on them. If the kids kill zombies, they get donuts that they can pick up. Then they have to drop the donuts off at certain stations. Players can steal donuts from each other.

For the past year, the team has focused on building technology that allows them to make fun of media figures, like a cartoon version of a zombie Donald Trump. The team can very quickly make caricatures of real-world figures or events, such as Burning Man, the U.S. presidential election, or the Oscars. Donut Lab isn’t licensing the celebrity likenesses, as it considers them to be caricatures that have a satirical license. 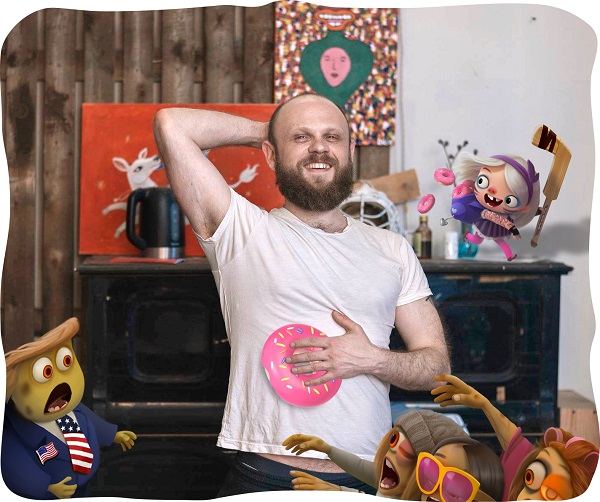 Above: Andrey Gordeev of Donut Lab.

“The funniest part of the game is the trap, where you can disable the other players,” Raiter said.

Right now, the game supports four players at once. But the team is testing larger numbers as well. The funds will be used to finish the production of the studio’s first title and then prepare for a global launch.

Raiter said it wasn’t easy raising money during the pandemic. In March, a few potential investment deals fell apart because of lockdown. But luckily for Donut Lab, the game industry kept growing rapidly.

“We were negotiating in Zoom, and never meet our new partners in person yet,” Raiter said.

Like Fall Guys and Fortnite, the game aims to appeal to female audiences, and the game is testing well with women so far. Retention is strong in test markets like Spain, Raiter said.