IBM will manage the technology for Activision Blizzard’s Overwatch League in a sign that esports is starting to demand the most sophisticated cloud and AI technologies. The idea is to put esports on the road to being a mainstream phenomenon alongside traditional sports.

This is the kind of marriage that we can expect to see more of in the future as gaming and entertainment demand high-end technologies from AI to cloud computing.

In a multi-year deal, IBM is teaming up with Activision Blizzard, one of the biggest players in the game industry. IBM will provide cloud, Watson AI, and machine learning for the Overwatch League and become a presenting partner of the Overwatch League Grand Finals. IBM will power interactive and analytical content for the league, which is one of the powerhouses of the $950 million esports industry.

The IBM sponsorship component kicks off at this year’s 2020 Overwatch League Grand Finals, which started October 8 and run through October 10. With the agreement – IBM’s first-ever esports deal – the technology company becomes the official AI, cloud, and analytics sponsor of the Overwatch League. The deal covers the 2020 Grand Finals and the entirety of the 2021 and 2022 Overwatch League seasons. 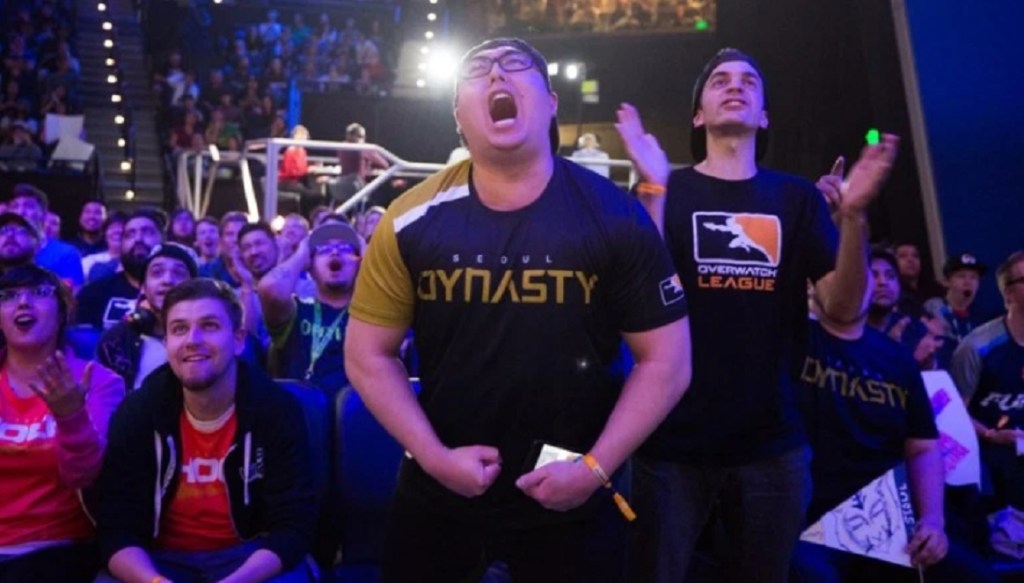 Above: Overwatch League before the pandemic.

Through the course of the deal, IBM and the Overwatch League plan to leverage IBM’s suite of advanced cloud and AI products. Starting in 2021, IBM and the Overwatch League will develop technology leveraging IBM’s expertise in natural language processing and machine learning to improve the league’s rankings system, and utilize IBM’s Watson AI capabilities to create live and in-broadcast predictive analysis, with specific solutions currently under development.

The sponsorship with the Overwatch League will kick off in 2021 and include new solutions, that plan to be hosted on the IBM Cloud. Those solutions will leverage IBM’s suite of analytics tools to process in-match data, adding Watson’s AI capabilities through the use of Watson Machine Learning and the AutoAI functionality within Watson Studio.

The announcement of IBM and the Overwatch League teaming together is IBM’s first foray into the global world of esports. IBM has been a part of gaming history as a hardware manufacturer, chip creator, and software provider for developers since 1985. Over the past 35 years, IBM has worked with gaming and esports entities through PowerPC processors, NLP, and cloud technology.