The connected car will be the new gaming console

Some 2.5 billion people around the world play video games, with tens of millions more joining their ranks amid the COVID-19 pandemic. Gaming’s growing popularity isn’t only affecting how people spend their time cooped up at home. Indeed, its impact is even poised to extend to driving.

Struggling to see the nexus between the automotive and gaming industries? Take that up with Elon Musk, whose Tesla has already rolled out the Tesla Arcade — an in-car gaming console platform — in four models, with plans to expand hiring and potentially develop games exclusively for Tesla drivers. For its part, Mercedes-Benz unveiled a gaming console-equipped CLA Coupé last year.

Other manufacturers are all but certain to follow in the two luxury automakers’ paths. Indeed, among drivers younger than 30, 77% are interested in owning vehicles equipped with VR technology, which can allow in-car gaming, a recent Accenture survey found.

Amid an automotive paradigm shift that is redefining the car itself — transforming it from a means to get from one place to the next into a service-oriented, software-driven computer on wheels — vehicles are rapidly becoming extensions of our digital lives. And as the ongoing pandemic makes public transportation and ride-sharing less attractive to consumers, the private car is mounting a comeback, just as the ink was drying on its obituary.

With more consumers set to continue relying on personal vehicles in their daily lives, automakers will do what they’ve always done: vie for buyers with attractive amenities and standout features that will often have started out in high-end luxury models before going mainstream — and that means more in-car gaming. As the game industry continues to boom, especially on online digital gaming marketplaces like Steam and smartphone app stores, automakers are now looking for the opportunity to incorporate more gaming features into vehicles to satisfy consumer demands.

From drivers waiting curbside to pick up friends or family to passengers looking for entertainment alternatives beyond listening to music or even long family trips where kids are given tablets, phones, or handheld consoles to pass the time, commuters crave experiences to help fill the downtime spent in their vehicles — and with more people than ever turning to games to fill the void, it’s only natural that automakers are beginning to build systems catering to that demand.

While older drivers may not be clamoring for newfangled infotainment systems, the consumers who will soon be driving the market have been clear that they expect a transformed in-vehicle experience. And while safety regulations will preclude active drivers from participating in games, the arrival of full autonomy will free up erstwhile drivers’ time — and increase demand for in-vehicle entertainment.

Not new, but different 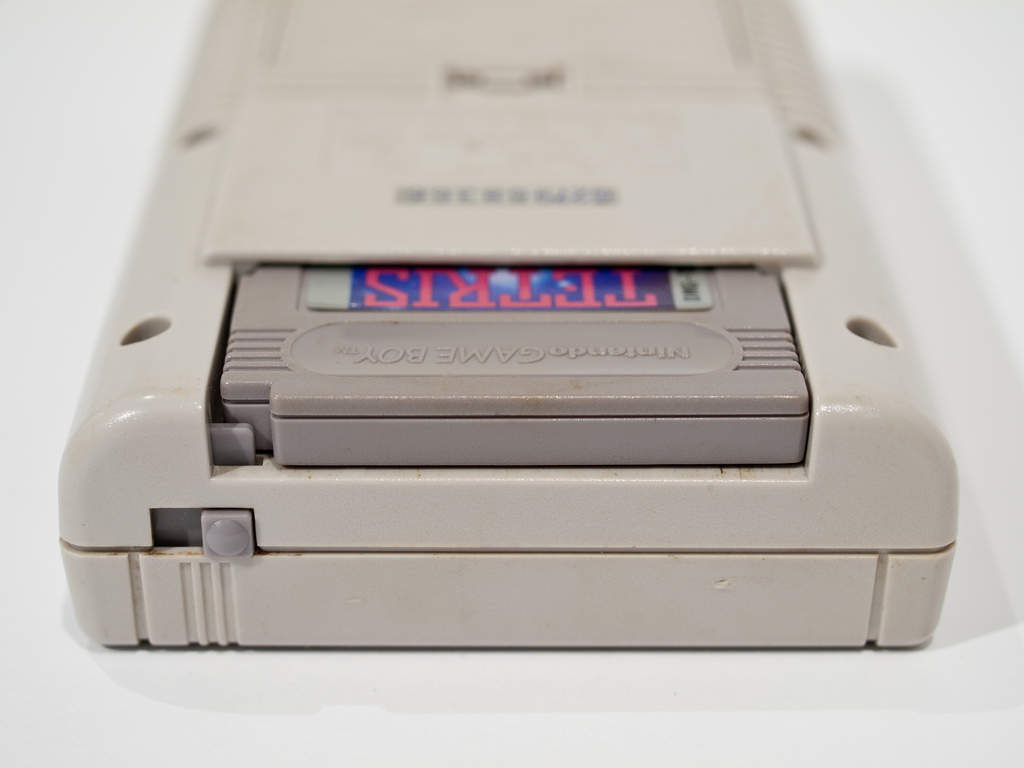 Above: The Game Boy was a back-seat mainstay.

Gaming in cars predates the sleek new Tesla and Mercedes models just now hitting the roads. For years, passengers brought portable gaming devices — Game Boys, PlayStations, and smartphones — into vehicles. With the rise of the mobile phone, passengers and drivers alike take part in mobile gaming within their cars. But, as vehicles begin to mirror the capabilities of our smartphones, a new “mobile” gaming industry is emerging — one that is exclusively available in the vehicle. Games have come a long way since the days when arcade cabinets were all the rage — and the in-car gaming experience is only just beginning to catch up.

As developers take in-car gaming to the next level, the user experience will be paramount. Drivers will demand more than just the ability to remotely connect their phones to an available dashboard: they are searching for a truly outstanding system that delivers optimal graphics. Video games can be made more enjoyable thanks to graphic processing units (GPUs), which are already delivered as a part of more powerful infotainment and autonomy systems.

From luxury to mainstream

It may be tempting to dismiss Tesla and Mercedes’ experiments in gaming as marginal phenomena with no real significance for what it will mean to drive a car in, say, 2030. But consider how many vehicle amenities started out as features only available in high-end models: Seat massagers, heated seats, steering wheel warmers, navigation systems, parking cameras, and more were long available only for buyers willing to dig deep into their pockets. But these features eventually made their way into mainstream models as consumer expectations evolved and economies of scale were achieved. A similar trend is playing out vis-à-vis connected car features like AR, VR, and gaming.

The more software-oriented vehicles become the norm and consumer demands evolve in tandem, the more gaming and other once-novel amenities will become mainstream. Is the connected car set to become the next arcade?

Grab your controllers and fasten your seatbelts.

Idan Nadav is the CSO and cofounder of the automotive industry’s first cybertech tier supplier, GuardKnox.