What 5 billion-dollar games tell us about mobile in 2020

The mobile game industry has been one of the biggest growth sectors during the COVID-19 pandemic. Research firm Sensor Tower estimates that the global market has hit $75.4 billion during this pandemic year, which is 19.5% higher than 2019.

This helped five games hit an astounding $1 billion in revenue so far in 2020, according to Sensor Tower’s estimates [the firm provides enterprise-level research to companies in the biggest media industry in the world]. These games were already global hits, yet they benefited from the pandemic’s quarantine and stay-at-home orders. And as much of the world begins to see a return to normalcy (the United States being an obvious exception), the firm is finding that people are still playing more than in 2019.

“We are definitely seeing global downloads and revenue continue to trend high in 2020. Downloads have climbed down, though [they] still remain higher each month than in January. Player spending peaked in July at more than $7 billion, while in November the mobile games market still accumulated $6.6 billion — well above 2019 levels. So things are holding pretty steady globally,” Sensor Tower’s Craig Chapple said.

The three markets benefitting the most from this are China, Japan, and the U.S. China and Japan are both mobile-first gaming cultures, and in the U.S., the pandemic continues to rage, with some areas reinstituting stay-at-home orders in December.

“Japan is also holding quite steadily above 2019 revenue from March onward, and while spending peaked in July, it’s been a very slow decline for revenue. China also continues to perform strongly. While revenue there peaked in January, the second best month came in August, followed by October,” Chapple said. “Meanwhile, the U.S. market has grown significantly, with mobile game revenue in 2020 already up 30.4% year-over-year from 2019. So the mobile games market continues to perform strongly as we head toward the end of the year.”

According to Sensor Tower’s estimates, these games have generated $1 billion in revenue in 2020:

You’d think a social game like Pokémon Go would suffer in a pandemic, but Sensor Tower says it’s having its best year. It’s generated $1.2 billion, up 31.5%. The key here is Niantic has pushed out several updates to adapt to the stay-at-home orders we’ve seen, making Pokémon Go something folks could enjoy outside or inside.

Coin Master launched in 2015, and 2020 turned out to be a stellar year for Moon Active’s game. It more than doubled its revenue from 2019, with $1.1 billion. Sensor Tower says its best month came in November with $118 million.

Roblox is no surprise. It nearly doubled its 2019 intake on mobile with $1.1 billion (I’m almost scared to learn what it made when you add its PC and Xbox revenues). This is especially good news for Roblox as it heads into 2021 planning an IPO. 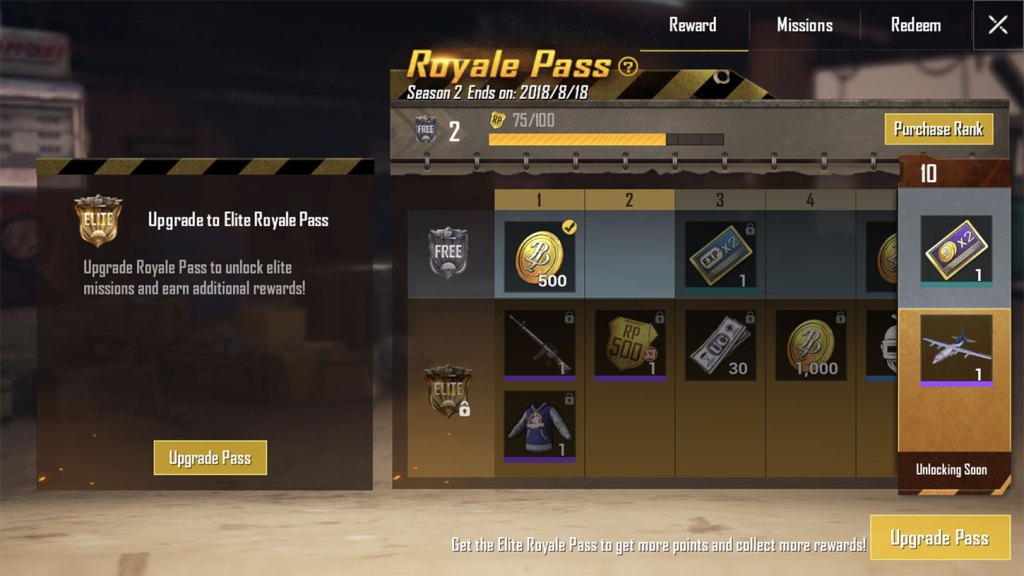 Above: The Royale Pass in PUBG Mobile is a big contributor to its bottom line.

Yes, big games make big money. That’s not a surprise. And outside of Coin Master, these are long-established games, with hundreds of thousands of players in many countries. But we can learn a few things.

First off, China and Japan remain important markets. China’s responsible for 46.4% of the player spending for these five games. Honor of Kings is a Chinese game (it goes by Arena of Valor in other territories like the United States), and it gets its revenue from the homeland. Game For Peace is PUBG Mobile for China, so it’s a game that’s monetizing well in many areas.

What’s interesting about PUBG Mobile’s performance is that it’s doing fine despite India banning it in September.

Like China, Japan is a mobile-first gaming culture (despite its history with arcade and console games). According to Sensor Tower, Japan ranked third for combined revenue for the top 5 games, and of those top performers, Pokémon Go is doing the best.

Just outside the top 5, Mixi’s Monster Strike brought in $958 million — despite not operating for some time in lucrative markets such as North America and South Korea. Sensor Tower estimates that 99% of its revenue comes from Japan.

Coin Master might have benefited from the pandemic more than any game on this list. And this looks like one game that isn’t drawing the bulk of its revenue from Asia.

“During 2020, 53.3% of Coin Master’s revenue has come from the United States. Germany ranks No. 2 with 10.4%, while the U.K. rounds out the top three with 5.4 percent of total spending,” Chapple said. “Growth in the U.S. has been particularly strong, more than doubling year-over-year, though retaining approximately the same share of spending overall.”

“There was a major increase in adoption of the game in the U.S. through May, with a corresponding climb in revenue. During this period, Moon Active significantly increased its share of voice across multiple ad networks, including YouTube, where it commanded more than 10% of all impressions at the height of its campaign,” Sensor Tower’s Randy Nelson said.

This helped build on what Nelson said is “very impressive momentum during 2019 and early 2020.” But the pandemic arrived, with shelter-in-place orders and much of the U.S. and other nations shutting down in March. That momentum became “supercharged in April amid the arrival of COVID-19, climbing 22% month-over-month. November revenue was +93% from January,” Nelson said.

How does this momentum carry into 2021? 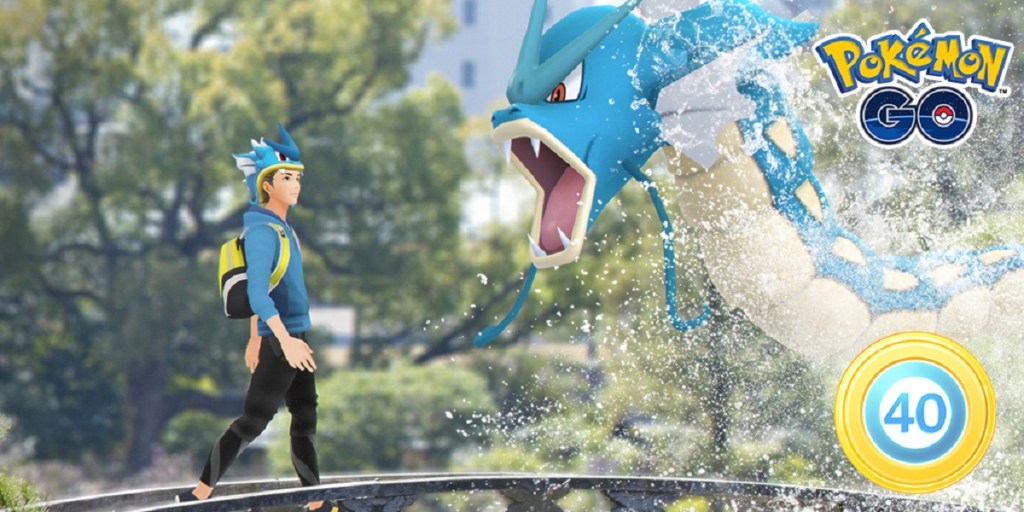 Above: Pokemon Go is getting a makeover.

The pandemic has been key to the increased revenues at all levels of gaming in 2020. But mobile publishers and studios want to know if there’s a shot at keeping some of that momentum in 2021. Daniel Ahmad is a senior analyst at Niko Partners, and he pays a great deal of attention to the Asian market. This is what he’s seeing in the second half of 2020.

“While spending has cooled post-lockdown, we note that the normalized engagement and spend rates in mobile games are much higher than they were in 2019. The launch of new hit titles has also helped drive growth in the second half of the year. We recently increased our full year mobile games market growth forecast in China to 28.6%, from 25.6% in April,” Ahmad said. “In Mainland China, game companies such as Tencent, Perfect World, and Yoozoo have reported Q1-Q3 mobile game earnings growth rates of 50%-plus, which shows how some of the top publishers are benefitting this year.”

Sensor Tower is also looking toward seeing what the “new normal” is after the pandemic.

“In January 2021, I’d expect to see growth compared to January 2020 — when the global COVID-19 pandemic really began to make an impact and China initiated its lockdown,” Chapple said. “The first quarter will be really telling in how the mobile games sector holds on to the gains it made in 2020, and the rate of growth we can expect in the market. I don’t expect the same explosive growth as this year, but it’ll be interesting to see what the new normal is.”

The big question I had is if people are gaming more than they did before the pandemic, even after lockdowns and shelter-in-place orders have lifted outside hotspots like the U.S.

“We are definitely seeing global downloads and revenue continue to trend high in 2020. Downloads have climbed down, though [they] still remain higher each month than in January,” Chapple said. “Player spending peaked in July at more than $7 billion, while in November the mobile games market still accumulated $6.6 billion — well above 2019 levels. So things are holding pretty steady globally.”

The numbers from Japan give some more context.

“Japan is also holding quite steadily above 2019 revenue from March onward, and while spending peaked in July, it’s been a very slow decline for revenue,” Chapple said. “China also continues to perform strongly. While revenue there peaked in January, the second best month came in August, followed by October.

“Meanwhile, the U.S. market has grown significantly, with mobile game revenue in 2020 already up 30.4% year-over-year from 2019. So the mobile games market continues to perform strongly as we head toward the end of the year.”

It’ll be interesting to see if millions of people worldwide continue to play more in 2021 than they did in 2019, before the pandemic. As the world gets vaccinated, will people return to bars, theaters, music venues, and their daily commutes and offices?

Or will they still be home, mowing down creeps and trying to win their chicken dinners?